The Right Men in the Wrong Tartan

Now that all the Scottish infantry battalions, with the exception of the Scots Guards, have donned the kilt it seems odd to discover that around 130 years ago senior Scottish officers regarded it as a drag on recruiting and actually wanted to cut the number of kilted regiments.
The debate in the run-up to the 1881 re-organization of the British army was every bit as heated as the one surrounding the recent amalgamation of all six regular Scottish infantry battalions into one super-regiment. In the immediate run up to the 1881 changes, the only Highland regiment stationed in Britain was the Black Watch.
Its colonel was the only Highland regimental commander consulted about the proposals to double the number of kilted battalions from the five that existed prior to 1881.
Colonel Duncan MacPherson said those five kilted regiments already had enough problems recruiting Scots, never mind true Highlanders, into their ranks.
He suggested it would be better to create one regiment, “The Highland Brigade”, which would recruit from the whole Highland area.
He, like the other Highland colonels, was anxious not to dilute the Highland character of the regiments any further.

The colonels were even prepared to give up their regimental tartans if it meant keeping their recruiting grounds in the Highlands - only the Camerons refused to surrender their distinctive Cameron of Erracht tartan. This scuppered a proposal to put them in Government tartan as the 2nd Battalion of the Black Watch.

One former commander of the Gordon Highlanders took a less dramatic line. General J.C. Hay declared more than 120 years ago that he’d worn the Gordon tartan for 30 years and would be sad to see it go.
“But I would rather have the right men in the wrong tartan, than the wrong men in the right tartan,” he said

Up until 1881, the Gordons regarded themselves as an Inverness-shire unit. The regiment had been recruited in 1794 from the Duke of Gordon’s Highland estates, which stretched all the way to Lochaber at the time
But despite this, by 1881 only about half the regiment came from homes in the Highlands and Islands.
Since the early 1870s the Gordon’s base had been at Aberdeen. They shared a depot with the Sutherland Highlanders as part of a scheme drawn up by Secretary of State for War Edward Cardwell to link different regiments for recruiting purposes.
Under Cardwell’s scheme, while one of the linked battalions was overseas policing the British Empire, the other would be recruiting and training reinforcements for it. Every few years the two battalions would switch duties.
The new Secretary of State for War Hugh Childers decided the system of linking could be improved if the one battalion regiments were welded together into two battalion regiments. Each of the new regiments would be assigned a specific recruiting area.

These shotgun marriages created some disappointing combinations for the Highland purists.
The Gordons were “married” to the 75th Stirlingshire Regiment in 1881. The 75th had previously been linked for recruiting and training purposes to the Dorsetshire Regiment.
The only possible justification for the union was that the 75th had been raised as a Highland Regiment in 1787 but when the flow of Highland recruits dried up around 1809 it was decided to abandon the kilt in a bid to recruit more Lowlanders, English and Irishmen into its ranks. 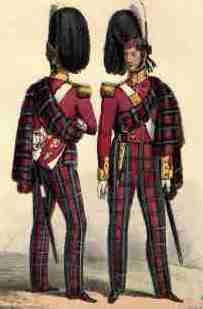 For the same reason, three other Highland regiments were deprived of the kilt in 1809. Childers re-organization would put all three back into the kilt. The Duke of Albany’s Own Highlanders, who had reclaimed at least part of their Scottish identity in 1825 by donning tartan trews, became the 1st Battalion of the Seaforth Highlanders; the 73rd Perthshire Regiment put the kilt back on as the 2nd Battalion of the Black Watch; and the 91st Argyllshire Highlanders became the 1st Battalion of the Argyll and Sutherland Highlanders.
The controversy over the future of the Highland regiments became a major sore point for Childers. The powerful Anglo-Scottish community in London were ignorant of the serving officers' proposal to form one kilted regiment, and were lobbying to “save” all five.
Childers, in a humorous letter to Lord Reay, joked about the London Scots’ campaign.
“The tartan question is one of the gravest character, far more important, as your friend suggests, than the maintenance of the union with Ireland,” he wrote.
“All the thoughts of the War Office are concentrated upon it, and the patterns of tartans -past and present - fill our rooms.
“We are neglecting the Transvaal and Ashanti for the sake of weighing the merits of a few threads of red, green, or white.”

Read more: The Right Men in the Wrong Tartan 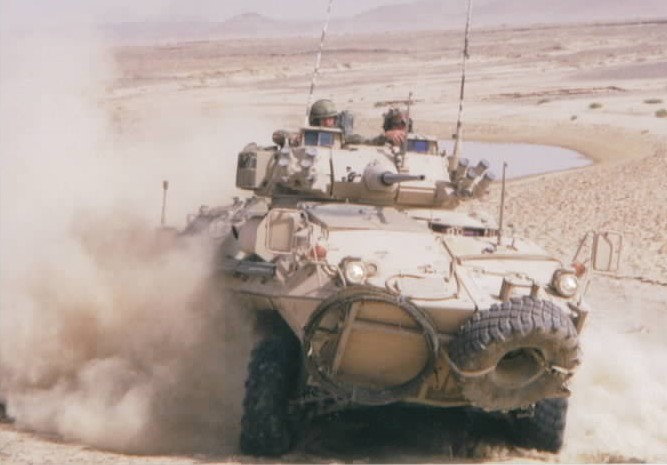 A Coyote armoured vehicle on patrol near Kandahar Airfield. 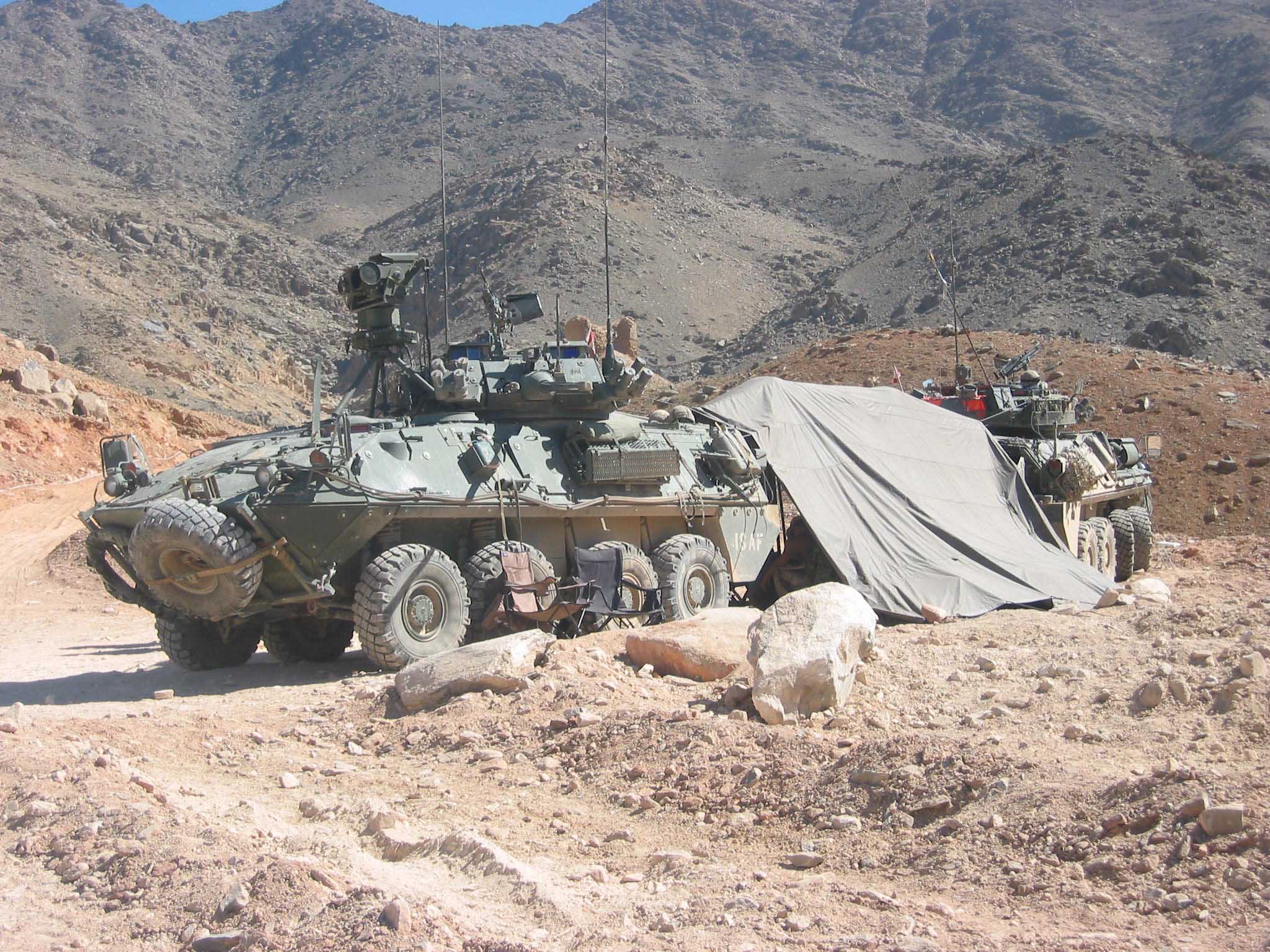 A Canadian surveillance post in the mountains outside Kabul. 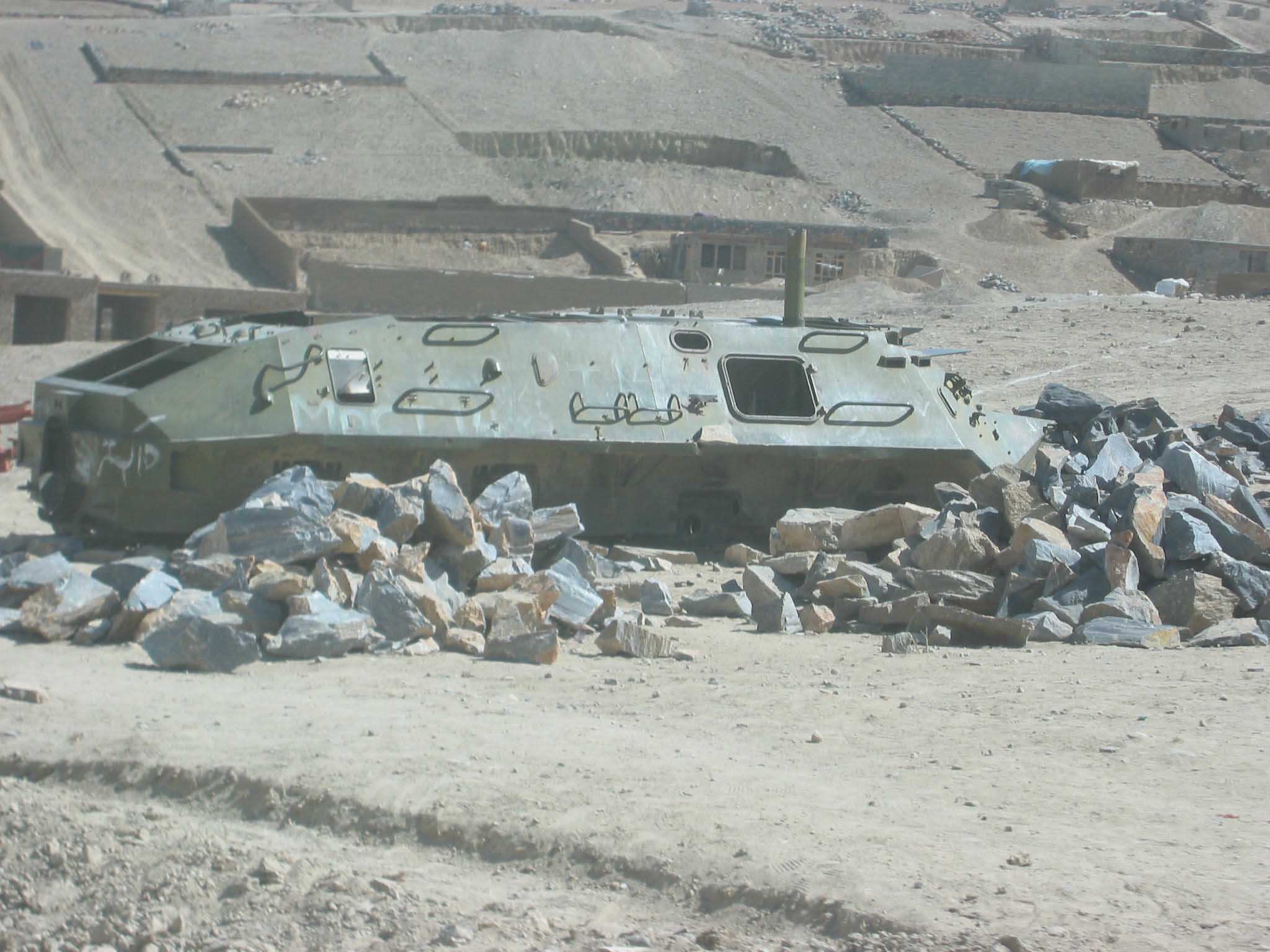 Visitors to this site surged over a 24 hour period last month. Hits went up ten- fold. The bonus visitors were all interested in the tale of American- Irishman Dynamite Dillon. The article first appeared in the Dorchester Review Following  this link gives access to more material from the DR.

I was asked by the Dorchester Review to write an article about how part of Edinburgh Castle is officially part of Nova Scotia in Canada due to a legal loophole dating back to the 1620s. That turned out not to be quite true and it might be just as valid to say that Nova Scotia is part of Edinburgh. Anyway, I found a court case from 1831 which involved this legal fiction - Selling Nova Scotia

An article I wrote about the 1918 Armistice Day battle against the Bolsheviks in Northern Russia has been published in the Spring/Summer edition of Dorchester Review. It’s a companion piece to “Archangel” but focuses on the role of the 67th Battery of the Canadian Field Artillery rather than the 2/10th Royal Scots. The new article is called - Canada’s Winter War

The Canadian - United States border is said to be the longest undefended frontier in the world. The latest Dorchester Review, Canada's best history magazine, carries an article I wrote about a time when though American invasion seemed highly likely, Scottish troops found themselves with useless rifles in their hands. The article is called Undefended Border

The September/October edition of History Scotland magazine included a two page article I wrote looking at who really captured a French general in 1808 and why the credit might have been given to another member of the Highland Light Infantry. The official version of General Brennier's capture by the HLI at Vimeiro has gone down in British Army legend, "We are soldiers, Sir, not plunderers",  but what ordinary members of the regiment had to say, or did not say, about the episode paints a less flattering picture of it and its aftermath. As the November/December issue is now available, here is the article The Real Mackay?

634. Alamein
by  C E Lucas
I can't help feeling this book, first published in 1962 and revised three years later, was a response to some revisionist criticism of the victor of Alamein, Bernard Montgomery. Certainly, it credits Montgomery with a flexibility and skill not usually attributed to the late British commander. C E Lucas has an advantage over many who have written about the 1942 battle because he was there. So, he gives an excellent feel for what it was like fight in the Western Desert. And he spoke to a lot of other British soldiers who took part, from Montgomery downwards. This is definitely a semi-worm's eye view looking at key parts of the battle from a company/battery/squadron level. Against that, there is very little from the German/Italian viewpoint nor any feel for the higher command decision making process. One thing is clear, the battle's outcome was by no means a foregone conclusion. The British had blown similar overwhelming material advantages in previous battles.

633. The Regiments Depart
by  Gregory Blaxland
Even recently published  books about the British Army include this 1971 book in their bibliographies. It is easy to see why. It follows the retreat from empire after 1945 through to 1971 in an accessible and easily readable way. It is hard to know if the title refers to the withdrawal of the regiments from the empire or the demise of the regimental system itself. Former soldier Blaxland combines big picture with well chosen detail as he follows the various regiments through a wide range of conflicts from full scale war in Korea to restoring democratic institutions in soon-to-be independent African states. An exhaustive  but not exhausting read. But it's hard to know if Blaxland, as a former soldier, is being naive or coy when he fails to wonder why there were no wounded when the Scots Guards opened fire to foil and alleged  mass escape by two dozen ethnic Chinese rubber plantation workers at Batang Kali in 1948 Malaya. There are other examples. His regimental knowledge can also be a let  down. The Highland Light Infantry began life as the 73rd McLeod Highlanders and were not honourary Highlanders. And the Cameronians disbanded in Douglas in 1968, not Edinburgh. But basically the book is sound and will be going on my reference shelf.

632. Gladius
by Guy de la Bedoyere
This book readily admits it is not a history of the Roman Legions. It is more of a series of glimpses of the Roman Army grouped under subject headings such as Making Soldiers, Violence and Atrocities, Family Life, and King Makers for Sale. de la Bedoyere draws from a number of sources, including the classic Latin histories, official and private letters,  tomb stones, monuments and archaeological finds. He seems to know his stuff. The damp boggy soil of Britain and the dry arid lands of Egypt mean that both counties proved excellent sources of preserved artifacts. The book helps put a human face on the army that held the first great western empire together. It is easy to see how the Latin texts provided the blueprints for the later and even more extensive British Empire.

The debate over whether Scotland produces some of the finest fighting men in the World could go on for ever. What is certain is that pride in the military is woven into the Scottish psyche and that that pride has been ruthlessly exploited by the British Establishment.
In the popular imagination the Scottish soldier is a kilted infantryman. The infantry are the men who go through the meat grinder in almost every war and Scotland has provided the British Empire with more than its fair share of infantry. In the fighting after D-Day in 1944 a British study suggested that although the infantry made up only 25% of the troops involved; they suffered 71% of the casualties.
(While I can’t put my hand on my heart and say my research for Scottish Military Disasters points to the Scots having the worse military record in Europe, for most of recorded history it hasn’t been very spectacular. People remember Bannockburn because it is one of the few battles against the English that the Scots won. Even when the English were heavily outnumbered, at battles such as Flodden in 1513 and Dunbar in 1650, they still managed to win. Many English, and Irish and Welsh soldiers for that matter, regard their Scots counterparts as a bunch of blowhards who write cheques with their mouths that their battlefield performance fail to honour. The counter-argument goes that the Scots go that extra mile to back up their boasting.)
But where does this Scottish martial pride which encouraged so many young Scots into the infantry during two world wars come from?

We have 92 guests and no members online