Winston Churchill would have understood. During his days as a war correspondent during the Boer War he quoted a British soldier complaining about his officers stopping soldiers from his unit finishing off some captured enemy troops. “I never saw such cowards in my life,” the disgruntled soldier said of the Boer prisoners. “Shoot at you until ‘til you come up to them and then beg for mercy. I’d teach ‘em.”  In the Second World War this feeling was often translated to the pithy phrase “too late chum”. There's also the question of scared men being unable to flick a switch in their heads which turned them from frenzied killers, careless of their own safety, back into caring compassionate human beings. During the First World War these men were described as “battle drunk”.
Now, soldiers who don't take prisoners can hardly expect to be taken prisoner. Something like one in four Scots who enlisted for military service in the First World War was killed. I wonder if there's a connection. As well as German retaliation for the murder of prisoners by the Scots, Germans who knew surrender was pointless would fight to the death and take as many Jocks with them as possible. One English soldier reported with “dismay” that the Scots were against taking prisoners because the men from North of the Border  believed the Germans didn't take any.
The writer and poet Robert Graves wrote that a “division of Lowland territorials” was notorious for killing German wounded. A private from one kilted regiment had a nervous breakdown after being ordered to take no prisoners during the Somme Offensive in 1916.
The Scots didn't have a monopoly when it came to killing prisoners - far from it. However, I'd be interested to see what the Germans had to say about the Scots and prisoners. Oh by the way, it's an accepted fact that the Germans were the first to kill prisoners as a matter of policy, in late August 1914.

This poster has always puzzled me. It dates back to 1793 when the Earl of Seaforth was raising regiment from his tenants and adherents in the north of Scotland. 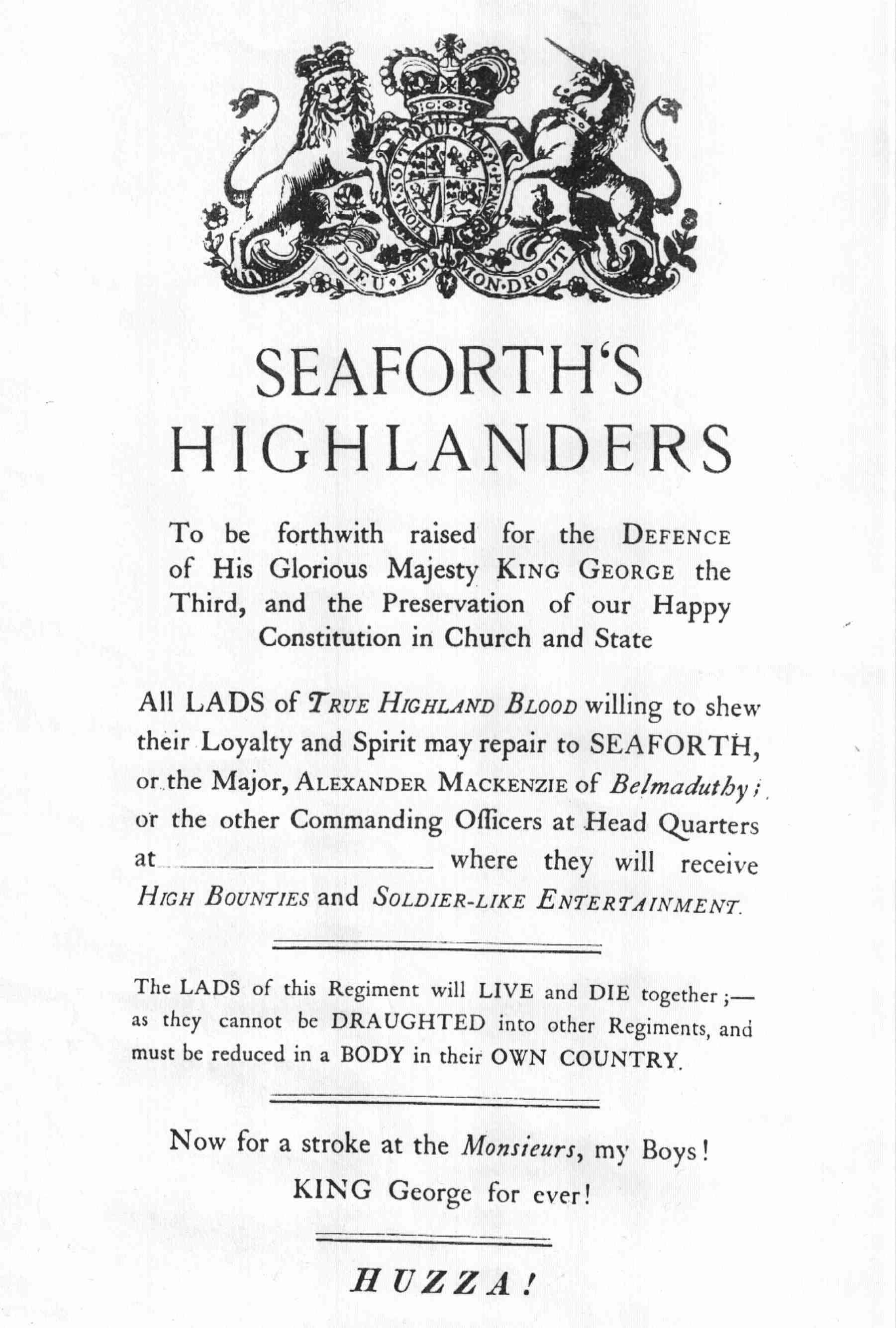 It’s in English. Surely most of potential recruits would have been Gaelic speakers. And how many would be able to read anyway; English or Gaelic? So, who was the poster intended for?

We have 185 guests and no members online